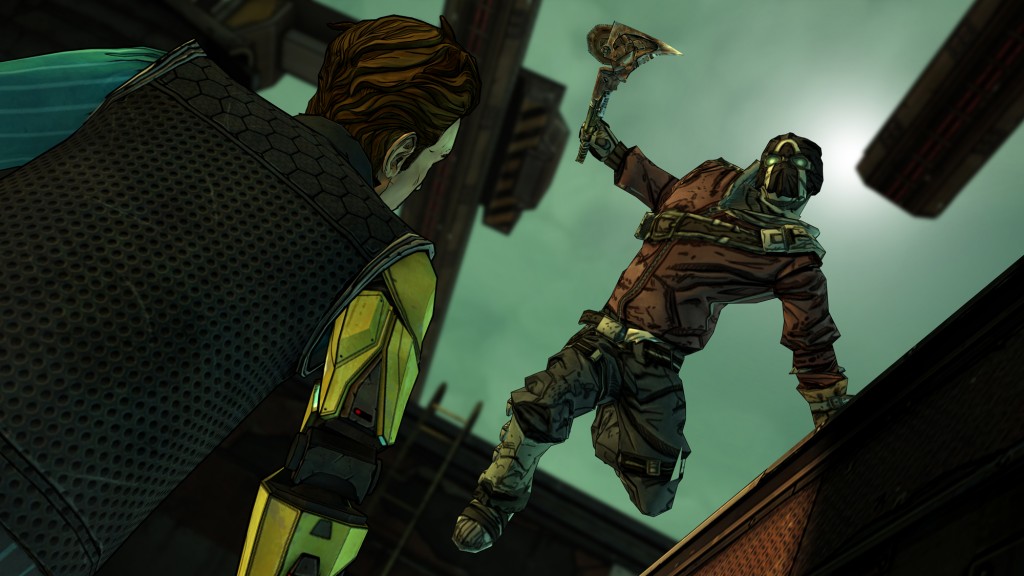 One of the biggest conventions is gearing up to take over New York City. Comic-Con is this week, which means a lot of sneak peeks on upcoming games you have had your eyes on. One title in particular that has piqued the interest of games is Tales from the Borderlands.

Telltale Games announced last year that they were working with Gearbox Software, and publisher 2K, to create this all-new story-driven episodic game series. The game will explore and expand on the stories of existing and all-new characters from the world of Pandora, from Borderlands 2.

I got the chance to play a small part of the demo–taking on a character named Rhys, who has a bit of a smart-ass mouth. If you’ve played The Walking Dead games, it’s the same gameplay. You control what your character will say, just remember you have conscious in the things you do, characters will remember what you say to them. While playing through the game I got to meet some interesting characters. Fiona is another character you will meet, actually you will play between Rhys and Fiona. She is more of a con artist and will call you out when need be. Although it was only a demo I got really into the story-line of the game, and was upset when it was over. It offers the same fun and excitement like any other Borderlands game. Owners of Tales from the Borderlands will be able to unlock content in Borderlands: The Pre-Sequel. Can’t get better than that!

The game is set to be released digitally Q4 2014 on consoles systems as well as, PC, Mac, and mobile devices.