Your New Friendly Neighborhood Spider-Man is…

Blue Sky Disney reported “Journey to the Center of the Earth” star Josh Hutcherson was chosen to play the new Peter Parker, but they were wrong. Sony officially reports actor Andrew Garfield has been

Hammerhead, Kraven and Goblin are gunnin’ for Spidey. Creeping looking Hammer, aint he! Here’s a look at the villains in Activision’s Spiderman: Shattered Dimensions. [blip.tv ?posts_id=3724134&dest=- 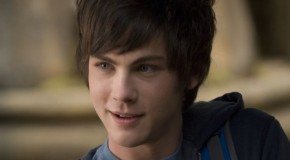 According to sources over at CinemaSource, newcomer and lead star of “Percy Jackson and the Olympians” Logan Lerman has been cast as Peter Parker for the Spider-Man reboot. CinemaSource reports the following: Inside sources

Could be, could be. Mark M. (devoted reader of LatinoReview) mentioned Ultimate Spider-Man creator and writer Brian Bendis was in talks with Sony about the new Spider-Man reboot. January 11th Bendis tweeted, “i work

If the struggle between director Sam Raimi and Sony wasn’t enough for who will be the prominent villains of the 4th Spider-Man film, now there’s talks of Sony departing it’s initial May 2011 release

These Spider-Man 4 villain rumors get tired really quickly. Now MovieLine is reporting Anne Hathaway has been chosen for the Felicia Hardy (AKA Black Cat) role. They also indicate that director Sam Raimi’s version

When asked if Spider-Man 4 will start filming early next year at a press conference for his latest film Brothers, Tobey Maguire’s response was a simple “Yes!” Peter Parker himself states it will swing

Black Cat Not Cast, Spidey Jr. On The Way?

Last week there was heavy talk of Rachel McAdams being secretly cast as Black Cat for the next Spider-Man 4. Speaking with Entertainment Weekly, the actress says, “That’s a total rumor, I have to