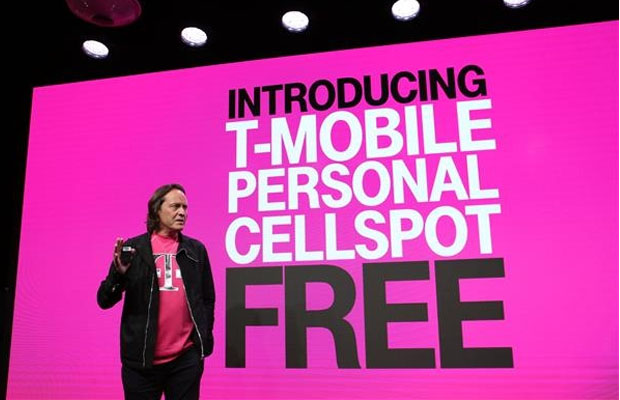 Over the past couple of months, we’ve watched T-Mobile’s desperate attempts to stand out among its over-achieving competitors, Verizon and AT&T. The company has expanded its device upgrade policy, initiated a ‘Test Drive’ program, and on Wednesday, they announced their latest bid: free Wifi calling.

Today, the mobile carrier industry has become dominated by free smartphone apps like Whatsapp and Viber. Free Wifi calling with T-Mobile phones will eliminate the necessity of such apps. Wifi calling sets T-Mobile apart from other carriers; as long as subscribers are connected to Wifi, they’ll be able to make calls, even when service is hard to come by (think, office buildings, basements, etc.).

Perhaps the coolest feature of the announcement is T-Mobile’s partnership with Gogo In-Flight wireless services – yes, customers connected to Gogo Wifi will now be able to send and receive free texts, even while in the air. Sure, T-Mobile has struck out a few times. But we think they’ve finally found the sweet spot.