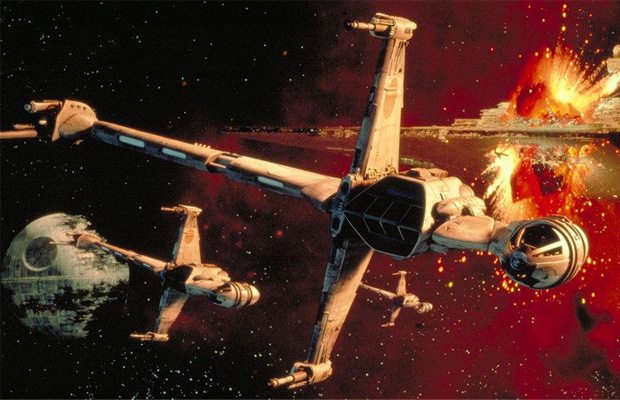 More news coming from a galaxy far, far away as the standalone Star Wars filmed has finally been titled. It will carry the moniker of Rogue One and directed by Godzilla’s Gareth Edwards, which is scheduled for release December 2016. Felicity Jones has been confirmed as a cast member, as rumored. The story comes from Academy Award-winning visual effects supervisor, John Knoll. Empire reprts he will executive produce with Simon Emanuel (The Dark Knight Rises, Fast & Furious 6) and Jason McGatlin (Tintin, War Of The Worlds). Kathleen Kennedy and Tony To will produce with John Swartz as a co-producer.

The film will be related to Rogue Squadron and contain space acrobatics. Finally, the biggest news comes with the reveal of Star Wars Episode VIII, scheduled for release May 26, 2017. Looper Fame’s Rian Johnson will write and direct. This is coming 40 years after the 1977 release date. The force is always strong with the galaxy and we can anticipate both films coming soon.