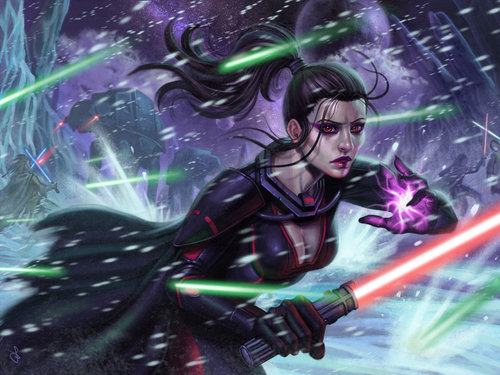 According to a new article posted on Geek Nation, the upcoming LucasFilm production Star Wars: Episode VIII is looking find, “a strong female lead”. This announcement, although unconfirmed at present, is likely a result of several reports calling the franchise out on its lack of female stars, aside from Princess Leia.

The report explained that this character will not be introduced in The Force Awakens, but will certainly be, “one of the primary heroes and may tie in to one of the series’ more prominent characters” in Episode VIII. Director Rian Johnson is said to be heavily involved in the process, suggesting that LucasFilm is taking the female role very seriously in order to please a wider audience.

Although this female lead does not have a confirmed identity, Geek Nation shared that she will have strong ties to the Solo family, and is perhaps Han’s daughter. The current popular belief is that Daisy Ridley’s character Rey is Han’s daughter—previous reports have explained that she does not have a listed last name for a significant reason, which will be revealed in upcoming films. Episode VII is currently set for release on May 26th, 2017.