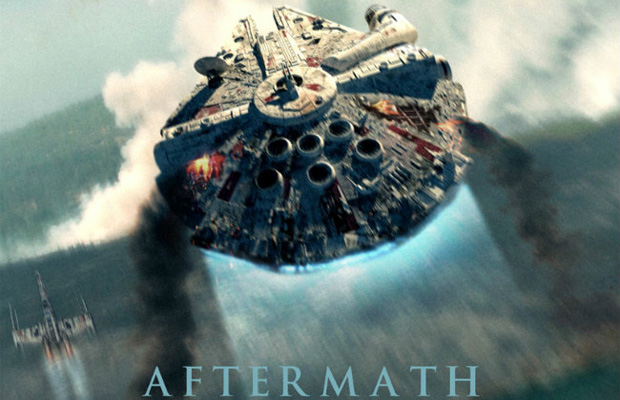 Lucas Book announced the synopsis for the upcoming book Star Wars: Aftermath, which will be one out of twenty new books being published by Disney and LucasFilm. The books will fill in the thirty-two-year gap between Return of the Jedi and The Force Awakens , serving as an “official canon” for events in the galaxy during that period of time. The book will be on shelves starting September 4th and is written by Chuck Wendig (“Under the Empyrean Sky”). Wendig revealed that he first began watching Star Wars at the age of four and has viewed the films as inspiration for his career as an author.

When the book begins, it will describe post-Jedi events as the Death Star has just been destroyed. It will be the first in a trilogy, and people of the galaxy will be questioning the new government forming as a result of rumors about, “the Emperor a his enforcer, Darth Vader” being dead. The synopsis questions the following:

“Does everyone accept the fall of the Imperial rule? Has everyone even heard the life-altering news? What rushes in to fill the vacuum the Empire has left? And who will try to stop them?”

Sounds as though there will be a power struggle as a result of the fall of the Empire, to be sure.