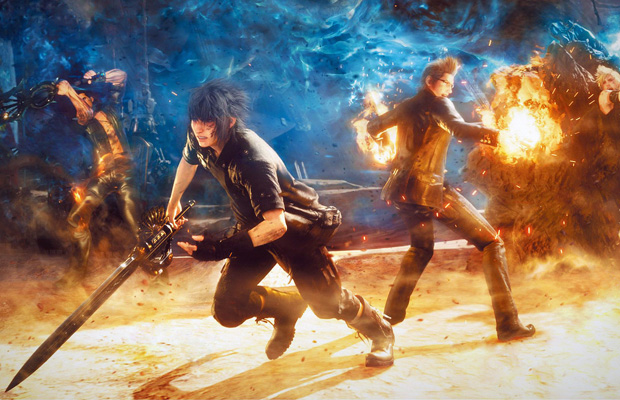 All those who played the new demo from Square Enix for Final Fantasy XV called Episode Duscae were sent something very strange lately and that is a feedback survey from the developers themselves. While this survey is only available in PAL territories, a rollout is to be expected, as this survey only takes roughly 10 to around 15 minutes to fill in. And as an incentive to do so finishing this survey unlocks for the system three exclusive developers made Final Fantasy XV wallpapers.

This survey obviously will be used by the team to tweak the final version of the game and as such this survey will only be available until May 31st. In order for players to take this survey they will need to register their demo using the product registration for Square Enix Members. With this demo and Final Fantasy Type-0 being released so close to each other it seems Square Enix wants to show players they can make some good Final Fantasy games again and these two definitely seem to be good examples.