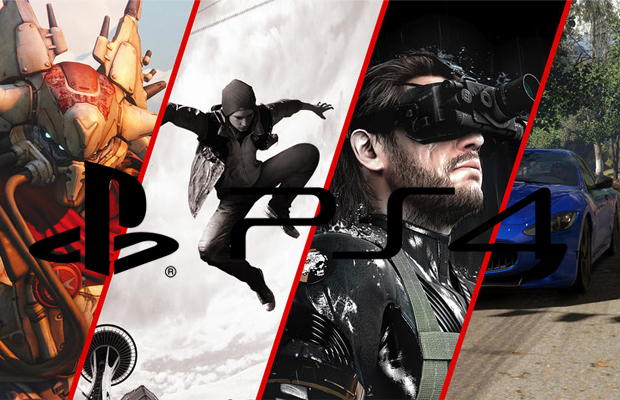 Sony’s been on the receiving end of some criticism for its weak PS4 lineup during the next-gen console’s launch last November. Assuring fans that their purchase was not in vain, the company jumped on its Twitter account to confirm that over 100 games will be made available on the platform this year. The tweet speaks for itself. 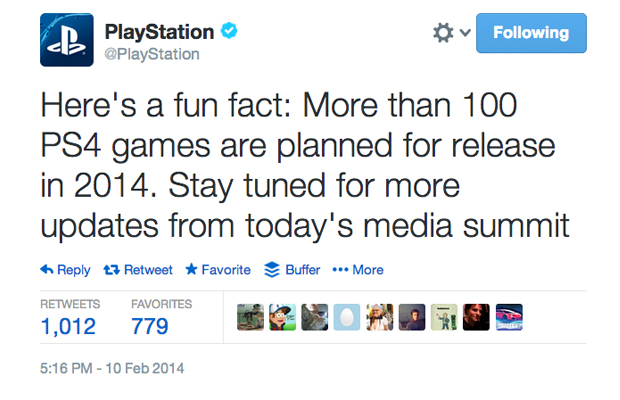 The announcement came during Sony’s media summit yesterday in Santa Monica, where VP of marketing John Koller shared more statics regarding the PS4 such as owners logging over 34 million hours a week on average and 90 percent of US machines being connected online with nearly 172 million hours of online play time clocked. Over 48 million shares and 1.7 million hours of gameplay have been live-streamed as well.

Sadly, Sony didn’t divulge what titles were on the docket for 2014, which would have definitely made the announcement even more sweeter. Guess beggars can’t be choosers at this moment. However, we do anticipate one or two of the company’s flagship franchises to be released sometime this year.