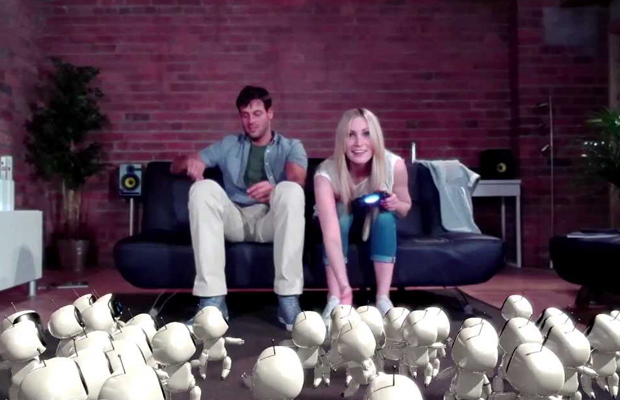 Sony demonstrated its augemented-reality tech demo, The Playroom, at E3 2013 a few weeks back. Needless to say it caught the attention of many, but was kinda overlooked due to the some heavy competition. Nonetheless, it was impressive to say the least. The collection, which includes a variety of micro and AR games like Air Hockey, will be preloaded into all PS4 consoles when launched this holiday season.

Take note that some of the experiences in The Playroom will require the PS4 Eye camera, an accessory that is being sold separately. Both the Eye and PS4 DualShock controllers will retail for $60. Fortunately for most, GameStop is offering unlimited PS4 preorders at the moment. So take advantage of securing the console and invest in all accessories later on.

Watch The PlayRoom trailer below.