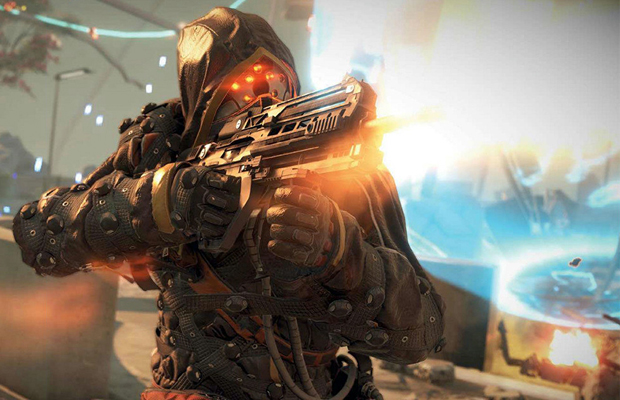 Last time we heard anything on the upcoming Killzone sequel was at E3 2013. Since then, most talks have been based around Sony’s next-gen console and not the software. Well, the gaming giant and developer, Guerilla Games, have just broke some recent news regarding bonus pre-order content for Shadow Fall. The “Shadow Pack” bundle will offer a variety of new skins for the OWL, new multiplayer victory move, and official Shadow Fall Soundtrack.

“To allow you to tailor your gameplay experience even further, we’re happy to announce the Shadow Pack–a bundle of exclusive content you’ll receive for pre-ordering Killzone: Shadow Fall at participating retailers! The Shadow Pack will gain you access to these extras:”

The OWL Skin bonus offers a unique look that sets your machine apart from the crowd. Access to a MP Spotlight Move provides a special victory move in multiplayer mode. And you know what expect from the game’s soundtrack already. Sound enticing enough for you? 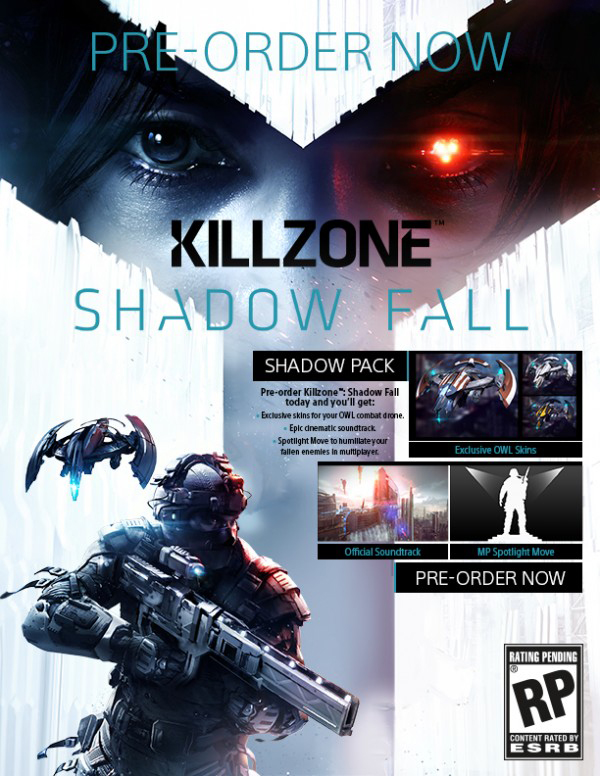