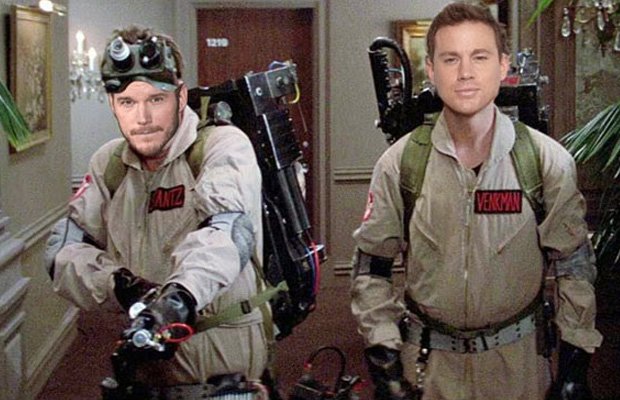 Thanks to the Sony hacks, the cinema surprises are never ending, mainly surrounding the Ghostbusters series. To refresh, Paul Feig will direct the third film with an all-female cast. Rebel Wilson has talked to Feig about taking a role. However, Jennifer Lawrence, Emma Stone, Melissa McCarthy, Amy Schumer and Lizzy Caplan are suspected to have an interest in joining the cast. Ryan Gosling is interested and being considered according to December 14 leaks.

In addition, Columbia Pictures supposedly considered suing Bill Murray into taking a role in Ghostbusters 3. If you think that is mind-blowing news, try the latest from The Daily Beast. Chris Pratt (Guardians of the Galaxy) and Channing Tatum (21 Jump Street) are names being tossed around for a possible Ghostbusters spin off. Tatum has compared it to Batman Begins. Pratt and Tatum want “to turn in a film/franchise that’s both super scary and funny,” according to Bloody Disgusting. This spinoff could be inevitable because there is speculation it is being developed with Paul Feig’s female lead Ghostbusters. It is a bit much to take in all at once, but we’’ll be getting some interesting films, none the less.