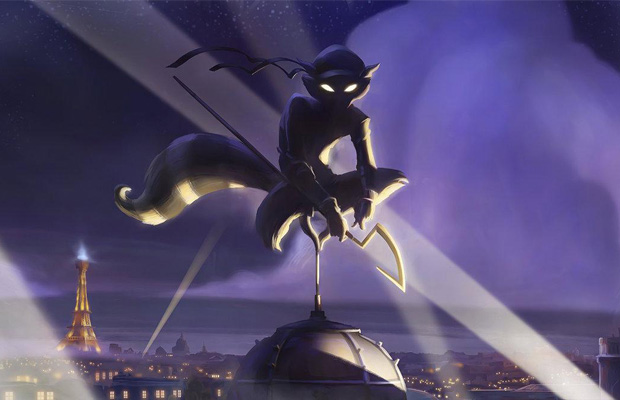 Sony’s had our favorite raccoon thief out of action for quite a while. Nearly eight years to be exact. Granted we received some sweet remastered HD ports in the Sly Collection, Sly’s been long overdue for a new heist. And it’s finally come in the form of Sly Clooper: Thieves In Time. Now out of the hands of its original developer, Sucker Punch Productions, and in the control of a new company, Sanzaru Games—fans are curious to see how the latest platformer will fair under the direction of a new creative team.

If that’s not enough of a change, Sony’s also made the announcement that the game will be part of its “Cross Buy” initiative. In layman’s terms, purchasers of the PlayStation 3 version will also receive a free copy that can be played on their PlayStation Vita. Two for the price of one, not bad!

But with the new entry welcoming a massive open world and cross-play functionality, while sticking to the series’ traditional platforming roots: can Thieves In Time leave its own mark on the franchise or fall short? Let’s find out.

Related: DmC: Devil May Cry Review
Related: The 10 Most Anticipated Games of 2013