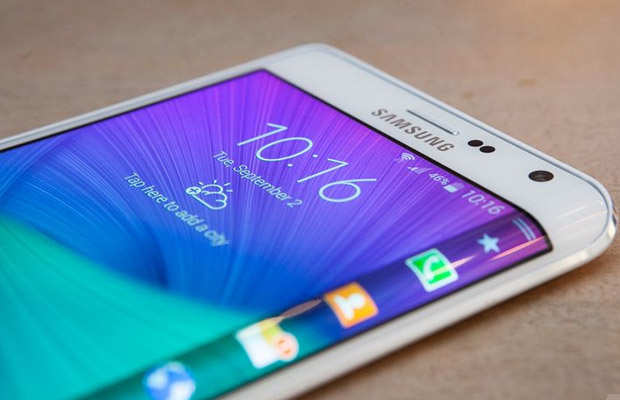 Bloomberg reports the upcoming Samsung Galaxy S6 will be available in two models, with one featuring a wraparound screen like the Note Edge, but instead curving both left and right sides of the screen. Here is an excerpt from the story:

Samsung Electronics Co. plans to release two new versions of its top-tier Galaxy smartphone next month, including a model with a display covering three sides, according to people with direct knowledge of the matter […] The second model to be unveiled at the Mobile World Congress in Spain will only have a front-facing display.

Leaked renders suggest a model is in existence, thought it remains unclear in which form it will be. Samsung’s also hinted at the change in form factor for its flagship device by teasing a curved screen in its launch event invite for Mobile World Congress 2015. The company is facing some stiff competition globally with Apple and Chinese phonemaker Xioami expanding their market share.

“Samsung need a model with new technology to stop the iPhone juggernaut and to distinguish it from others,” said Lee Sang Hun, a Seoul-based analyst at HI Investment & Securities Co. “Although Samsung is continuing to release cheaper models globally to defend its market share, the next S phone is more important because that’s where they make money.”

The Galaxy S6 will be revealed on March 1st in Barcelona. Stay tuned for more updates on the “next big thing.”