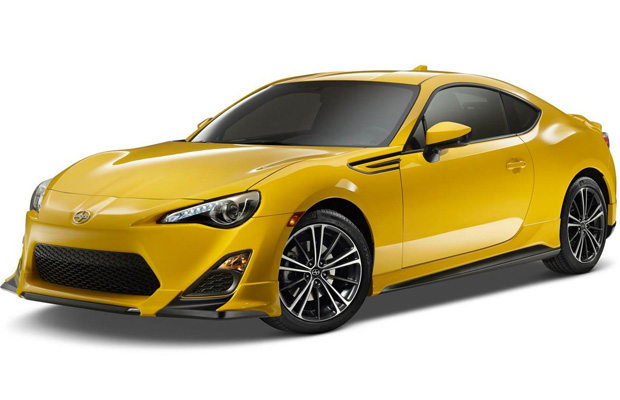 The Toyota subsidiary made a huge splash at the 2014 NY Auto Show, pulling the wraps off the Scion FR-S Series 1.0, which draws inspiration from bigger brother’s track heritage and boasts some sweet upgrades. Those include a custom-designed aero kit with a rear spoiler and side fender parts, a TRD Quad Tip Exhaust System, TRD lowering springs and a Smart Key with Push-Button Start.

Scion Vice President Doug Murtha touched on the FR-S with those in attendance at the Scion booth:

“It’s fitting that the first Scion FR-S Release Series draws on the rich motorsports history that inspired the FR-S design while standing out in new ways that will excite our drivers. FR-S enthusiasts will appreciate the side spoilers and lowered stance that deliver a look and feel meant for the track, at price meant for them.”

Speaking of MSRP, the Scion FR-S Series 1.0 will be made available in August at under $30,000. Place your bid for one now…as only 1,500 units will go into produciton.