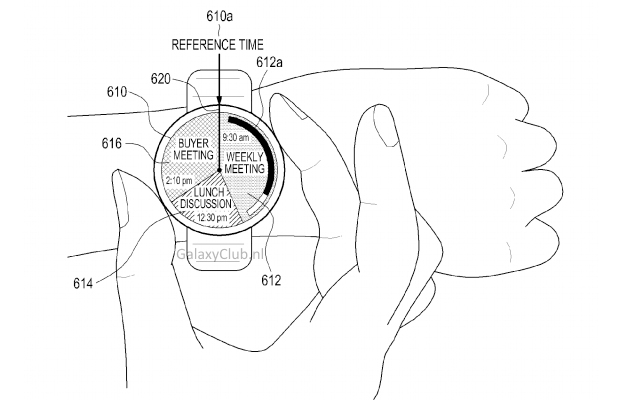 Take a look at your average smartphone screen size, then compare it to a smartwatch. Do you see a problem there? The input method is the same, touchscreen, despite the real estate difference. Samsung has the answer.

We saw Apple tackle the input vs. screen space by taking the crown on a typical watch and making it digital. The iWatch will use the crown for functions such as zooming in and out. Samsung is set to take another traditional watch mechanic and use it to help navigate the interface of to the watch.

The ring is typically found on a sport watch and used to adjust for different time regions. We don’t know exactly how Samsung is planning on using the input method but it wouldn’t be unexpected to be similar to what Apple has done.

With patents dating back to 2013, it would appear the South Korean tech giant has been working on a smart watch for quite some time. We could even see the upcoming round of smart watches incorporate the new design. Only time will tell.