Will the Samsung Galaxy Note 4 Feature A Eye Retina Scanner? 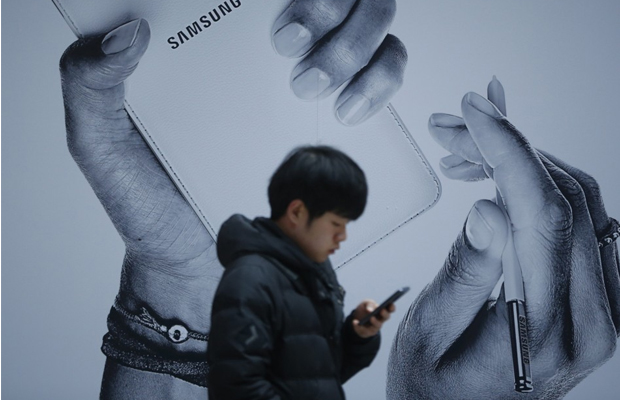 Get a good night of sleep, wipe the crust out of your eye, and get ready to scan it to get into the new Samsung Galaxy Note 4. It just might come to retinal scanning ladies and gentlemen, fingerprint scans just might not be enough “cool”. After an image of an eye was tweeted by Samsung, we can only guess all the ways their new phone will incorporate our eyes. But what if you wear glasses, or contacts, or neither? Along with poor eyesight, will that affect the scanner? No one quite knows yet. I guess the jury is still out as to what people will like more, fingerprint or retinal scans.

“Eyes are the gateway to the soul”, and in this case Samsung just might agree with that statement. Instead of installing fingerprint technology into the new Samsung Galaxy Note 4 (like all the others), Samsung led us to believe a new route would be taken using eyes. @SamsungExynos tweeted July 12, that left everyone wondering about retinal scanning. It had an image depicting a smartphone focusing on a users eye.

Now even though the phone isn’t to be released until September during the IFA 2014, this little giveaway could mean a whole lot of change with how people will use their phones. The Galaxy S5 and iPhone 5s have already paved the nice clean road towards fingerprint scanning. Perhaps customers complained and didn’t like using their fingers to unlock their phones? Maybe Samsung is changing that so appease the crowd? No one will know for sure which is better, until someone has to scan his or her eye to open the Galaxy Note 4.

Other features have been rumored to appear like a 5.7-inch QHD screen, 32 GB of internal storage, 16-megapixel cameras, and an Android 4.4 KitKat. Bottom line is, if you’re a Samsung lover, then come September you might want to have your eyes checked by an Optometrist before purchasing the new Samsung Galaxy Note 4.