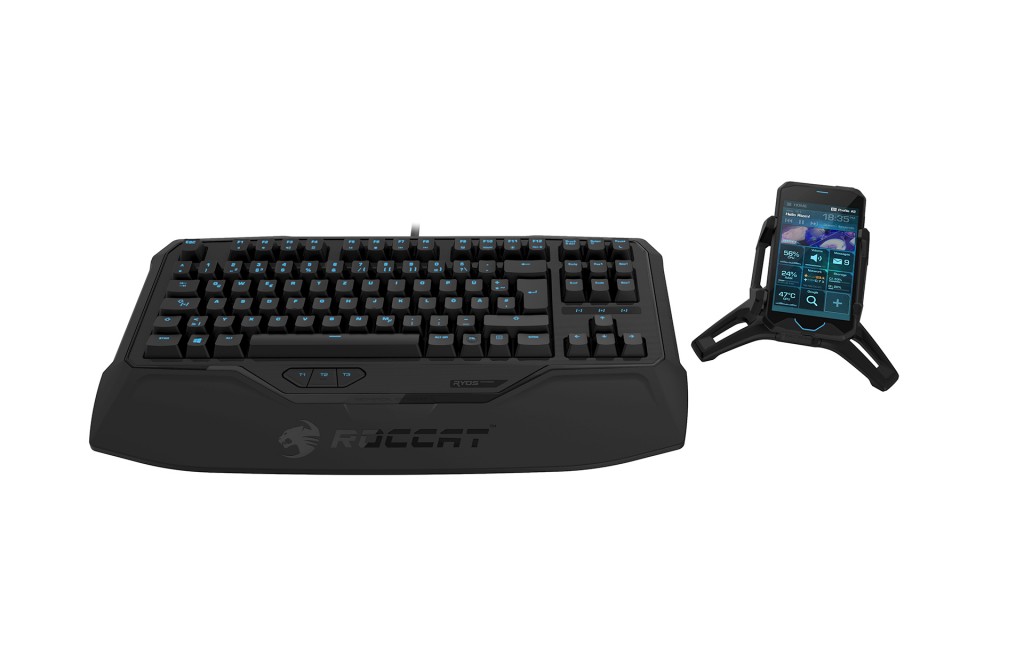 During CES 2015, ROCCAT a leading company in PC accessories announced a new and exciting addition to the its family. The Roccat Phobo concept was originally shown off in 2012 as a gaming keyboard that has a slot-integrated smartphone. That concept has been reborn into the Ryos Phobo. The company is trying to make gaming on your phone easier since games are becoming a bit more advance for mobile players. This device allows for any smartphone brand, and size to fit perfectly. The keyboard has its own power allowing for some banging gaming power.

The keyboard offers two Bluethooth channels, as well as a wireless Ipuri setup that is connected to the Ryos Phobo, which will allow consumers to place their smartphone anywhere on the gaming surface for best play. The keyboard also features Cherry MX Switch Mechanical keys, two USB ports and a ten-keyless design that makes the Ryos Phobo a powerful, compact gaming keyboard, with ROCCAT’s new unifiedSwarm Driver Software built in. ROCCAT is also reinforcing its strong mechanical keyboard lineup with the Ryos MK FX and, Ryos TKL FX, both with Cherry MX Switches and RGB LEDs.

The company is looking to release the Ryos Phobo sometime in the Q3 of 2015.