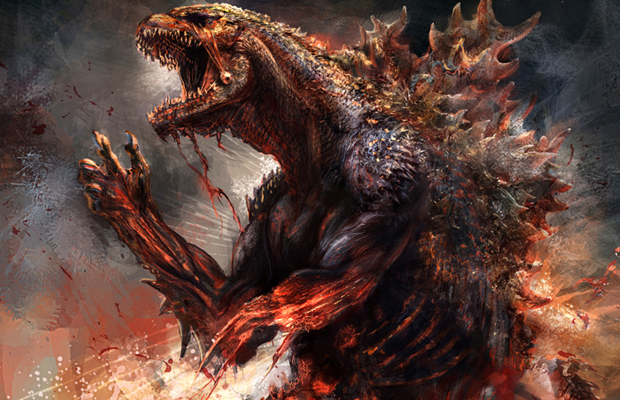 So…did you happen to see that post-credits scene at the end of Godzilla? Yea, neither did we. In fact, the scene was only made available on the international front. A report from Fashion N Style claims that the notorious Godzilla baddie, Mothra, appeared in a post-credit scene in certain Asian countries after the showing of the 2014 film. KStarsDrama shares that Mothra was shown among an army of MUTOs (Massive Unidentified Terrestrial Organisms); however director Gareth Edwards’ dislikes post-credit scenes.

The design of Mothra may be a daunting task-it would be quite easy to make the moth silly looking rather than frightening. However, despite being a literal giant moth, Mothra does possess certain powers that strike terror into his enemies, such as dropping poison, spraying silk, and metamorphosing.

Perhaps the presence of Mothra in future films will shed a positive light on the franchise, exciting more Japanese fans who are partial to the original making. Sources claim that Japanese viewers were unimpressed with the American Godzilla, Mudai Nozaki sharing with the Associated Press that this Godzilla is, “just a giant iguana freaking out”.

There is much duress over the appearance of the new creature, some calling him, “fat”, despite attempts to recreate him inspired by the original Toho Godzilla.

Edwards remains lighthearted, and is not taking these critics to heart, urging viewers to accept Godzilla and enjoy the film for what it is.