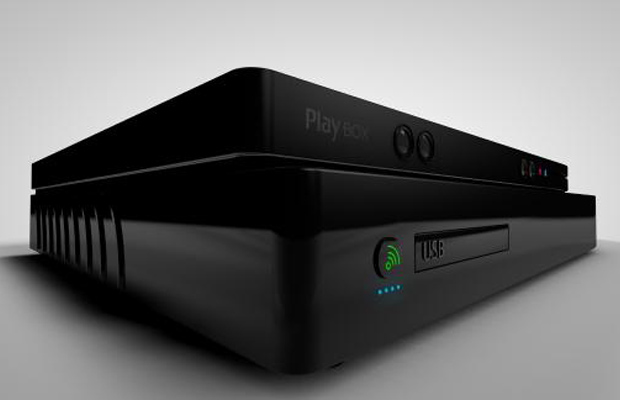 In a dream world, the gaming community wishes for a next-gen, all-in-one console. A gaming system that plays all our PlayStation and Xbox games (sorry Nintendo) without us having to rely on two different platform machines. Reality is Microsoft and Sony will never play fair, so we’re stuck imagining what a hybrid system would look like from the two gaming giants. Tech Radar has its own vision and it looks a little something like this. Introducing the PlayBox concept.

The rendering brings together top features from both the PS3 and Xbox 360 such as a Blu-Ray player, Kinect with two dual 1920×1080 cameras, 8GB of RAM, and a built-in touchscreen for the controller. How fitting, especially with Microsoft prepping its “720” announcement this week and E3 2013 right around the corner. Well played, Tech Radar.

Take a closer look at the sweet concept below.

[The Awesomer via TechRadar]