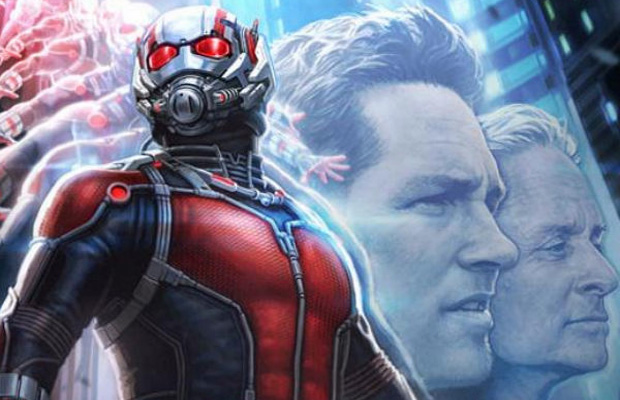 It was last year when Marvel announced Edgar Wright was onboard to helm the big-screen adaptation of Ant-Man. But the director was thrown off the project, which left the film in jeopardy until the studio moved forward with production and brought in star Paul Rudd and Adam McKay to managing a script rewrite. Rudd spoke with EW during his cover shoot to discuss the changes and challenges faced when tackling the project.

“It somewhat happened organically. When Edgar left, they were talking about directors and I knew Adam and Adam’s brilliant. So he came in to meet with them. He and I had some ideas and so we spent some time rewriting it and wound up doing a rewrite on the whole thing. All of a sudden, this took on a whole new life and was much more intensive that I had maybe anticipated. I’ve actually found myself in these kinds of situations before—maybe not quite on this level, but not far off—where all of a sudden you’re writing scenes and taking on writing responsibilities. And that’s okay. But it’s a little strange writing something that’s really, truly out of my comfort zone. I wouldn’t know how to begin to write [something like this], but sometimes you just hit the ground running, I guess. Thankfully Adam was there.

Marvel recently launched the film’s first trailer during the premiere of Agent Carter, setting the promotional train on track heading into its summer release. Ant-Man hits theaters on July 17, 2015.