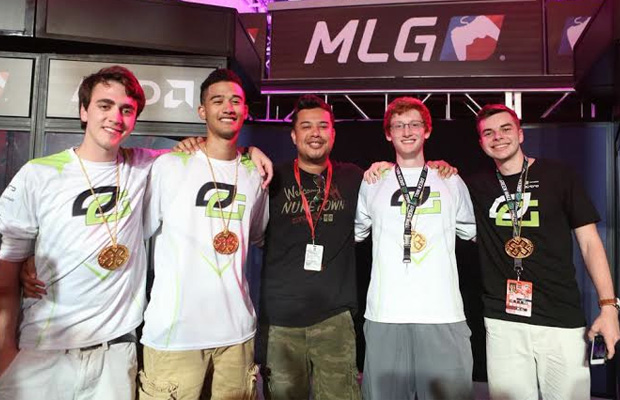 Major League Gaming (MLG), the biggest name in esports gaming, teamed up with ESPN X Games to bring the first-ever MLG X Games Invitational at the inaugural X Games in Austin, Texas this past weekend. And man, was it a fiercely competitive tournament. Some of the top teams in the Call of Duty: Ghosts tournament league came together to battle it out for the gold. Eight teams were split into two groups, each one playing in double-elimination matches, with only two teams moving onto the single elimination bracket. That’s just the beginning of what transpired.

The tournament starts off with Evil Geniuses (used to be Complexity) taking on Strictly Business. All started out intense, with EG gripping onto a one-point win. SB came back and tied up the score 1-1 by their fill-in Phillip “Phizzurp” Klemenov, in Search and Destroy. Even with SB tying it up earlier in the game, they didn’t have it in them to take down EG. Crimsix lead his team to victory with 3 caps.

Early in the game Team Kaliber gave OpTic Nation a run for their money as OTN struggled to gain kills. But as the game progressed, OTN gained a six-point lead as they went into the second half of the game. As OTN had a strong lead, TM came back in the second half, as the team went on a killing spree eliminating players. Giving them a tremendous lead, Team Kaliber took this one.

Optical Gaming vs. FaZe Red has to be one of the most anticipated matches yet. Optic Gaming came out strong, their first map of the game Freight Domination is where “Clayster”” showed out. Clayster managed to get the most kills in this map, 32, with teammate “ScumpII” right behind him with 31 kills. Giving Optic would take the lead 2-0. But in Freight Blitz, FaZe Red took the game even though “Nadeshot” and “ScumpII” played like beast, they couldn’t get past team FaZe Red, which took the game 3. Optic won the game with a strong performance on Strikezone Domination.

First map up: Strikezone Domination. Within two minutes of the game player “Parasite” from Team EnVyUs collected ten kills in the game. But “Miyagi” from Team Organe did manage to keep his team in the games for a brief moment. Curse Orange came out fighting, giving EnVyUs a wake up call. Though Team Orange did their best to stay in the game, it wasn’t enough. EnVyUs known as “The Boys in Blue” won by a sweep.

Four teams have been eliminated 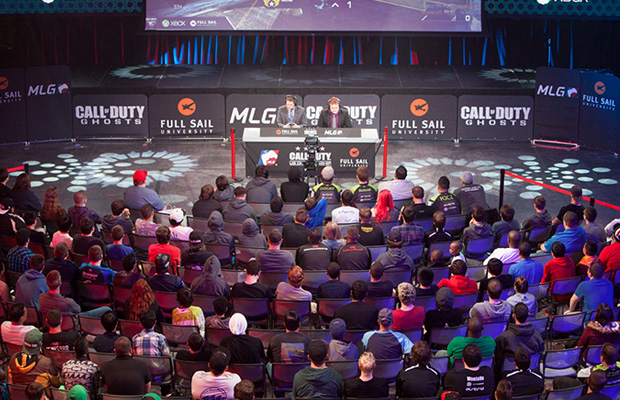 The Invitational continued going into Saturday, as eight Call of Duty teams resumed the competition. Day 2’s action would eliminate half of the field, as only four teams earned spots in Sunday’s Medal Bracket.

As these two teams wenthead-to-head yet again, OpTic Nation took a strong lead in Strikezone Domination, the team played well, but wasn’t enough to take out Strictly Business. In the last game, SB’s Phizzurp finished on top of the scoreboard at 29-18 with 5 caps. OpTic Nation did their best to stay in the game. Strictly Business eliminates OpticNation.

Both teams were looking strong going into this match, with wins from the previous day. As Freight Domination kicked off and EG took two caps, this left Team Kaliber in a sticky situation as EG grabbed a 20-point lead. Team Kaliber didn’t go down without a fight though. In the opening of Freight Blitz the team took 3 caps. Evil Geniuses started off strong, but just couldn’t keep it going.

Strictly Business and Evil Geniuses is a rematch that was not to be missed. EG started off strong in game one with Karma holding a 33-kill stat. Team Kailber played a good game, with Spacely holding a 30-kill stat in game 3, but couldn’t escape EG and the team was eliminated from the tournament. Evil Geniuses moves on into the medal bracket.

Curse Orange had to redeem themselves from the last time we saw them, as they were swept by Team EnVyUs. This time around Curse Orange played against FaZe Red and dominated. Miyagi of Curse Orange finished the first half of game 3 with a 2.0 kill to death ratio. CO won in a sweep and eliminates FaZe Red.

Two of the most popular COD teams, the hype for this one was crazy! OpTic Gaming took a strong lead in Octane Domination. Parasite from EnVyUs did get the final kill in Round 4, getting his team back into the game. EnVyUs tried their best, but couldn’t do it as OpTic Gaming took the game and advanced to the medal bracket.

Curse again took control of the map in the last few minutes of game one. Even though the team played well it wasn’t enough to eliminate EnVyUs. The team played strong and paid off with EnVyUs taking control in Search and Destroy and Blitz. Curse Orange was taken out by a swept.

Four teams make it to the next round: Evil Geniuses, EnVyUs, Optic Gaming, and Team Kaliber.

Eight teams entered, only four remained. The hype these matches produced was insane and had fans screaming at their screens, rooting for their favorite squad. Each team came out and showed what they were made of, but only one took the gold home. OpTic Gaming was that team to make history—becoming the first team to take home the X Games gold. Team KaLiBeR took home the Silver and Evil Geniuses came in third with the bronze.