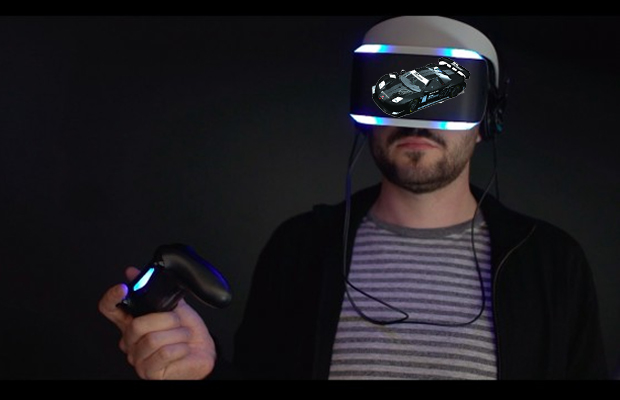 After its official unveiling at GDC 2014, the buzz over Sony’s new virtual reality headset—Project Morpheus—has been insane. Many are wondering what games will be supported on the PlayStation 4 gaming peripheral. So in banking on the hype, Slightly Mad Studios announced its upcoming racer, Project Cars, will be available on the device. The studio claims players will be “blown away” by the results, while adding it will support head tracking through the PlayStation camera.

Here is what the studio had to say about the project:

“We’re proud to announce today that Project Cars will be supporting Project Morpheus, giving players a totally fresh and exhilarating new perspective on what it feels like to sit in the cockpit of a high-performance machine screaming around a beautiful location.

Virtual reality is a perfect fit for racing games since the game world literally comes rushing towards you from the distance and the increased sense of depth and speed that stereoscopic vision affords you makes this incredibly real and tangible. So when you’re racing you get a much better perception of distances and position and you feel far more enveloped by that world rather than just looking through a window at it.

Project Morpheus also allows you to see detail you might have otherwise missed… Via our interior cameras not only can you look around the cockpit and see everything from a first-person perspective, but using head-tracking via the PlayStation Camera you can also now move around the cockpit too–peer closer at some intricate detail or turn around and look out of the back window.”

Sony executive Shuhei Yoshida mentioned the PlayStation team has experimented with Driveclub, though he suffered motion sickness when testing the game on the VR headset. Project Cars is scheduled for release on the PS4, Xbox One, PC, and Wii U this holiday season.