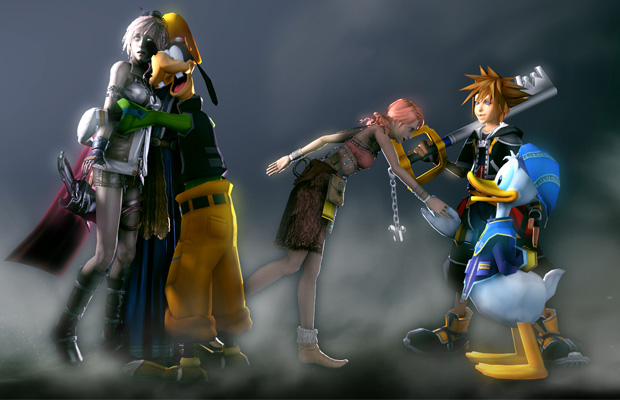 Tai Yasue the co-director of Kingdom Hearts HD 2.5 Remix and Kingdom Hearts 3 has revealed that Square Enix may very well bring the older games in the franchise onto next-gen consoles, while adding that this has always been a developmental point for the HD remakes.

“When we first came up with the idea for Kingdom Hearts III, it was always 1.5, then 2.5 and we were always thinking about those three titles at the same time,” he explains. “I think [putting the games on PS4] is something we’ll explore. We understand what our players want, so we will explore the possibility. I’m not making any announcements though, we can’t make any announcements yet!”

While it’s obvious that PS4 owners would love the remakes to be brought to them, it would be those who own Xbox Ones who would need them more before the game’s release. However, when asked about the possibility for bringing them to the Xbox, Yasue was rather hesitant to confirm or deny anything. He mentioned that it would be a matter of the consoles and how to approach Microsoft’s gaming platform, since all of their work on the series has been exclusive to the PlayStation.

Though he has disclosed that the studio would be working on a way to bring KH3 to the Xbox One. Kingdom Hearts HD 2.5 is currently out in North America and the rest of the world will be getting it later this week.