Nintendo Reveals New Wii U Bundle Due Out Next Month 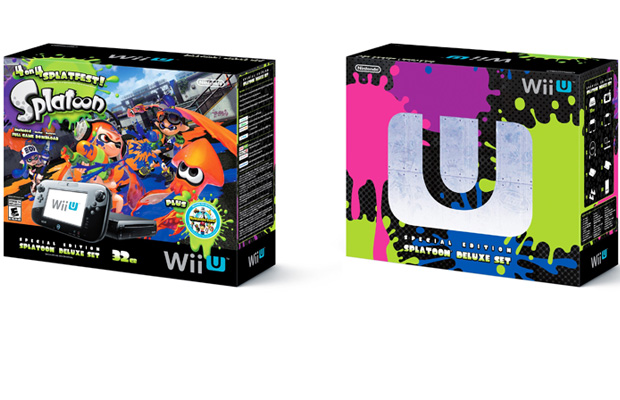 Nintendo has recently revealed a brand new Wii U bundle set to be released around May 29th that is going to be based around one of their newest games Splatoon. This bundle is filled to the brim with all sorts of various Splatoon-themed gifts, such as a code to input to get a free download of the ink-filled third person shooter game. However, this hardware will also come with a pre-installed copy of the game Nintendo Land all wrapped up inside a 32 Gigabyte model of the Wii U.

This bundle which is set to price at around $300 will be a best buy exclusive set, so when the time comes in May for this to be released you better make sure you are the first one in those doors to get this awesome new bundle. Unfortunately though, while Nintendo has revealed a Splatoon-based Amiibo it will likely not be part of this bundle due to release schedules. So if you want to use your own Inkling in the game you are going to have to buy it separately. Overall though it seems this bundle will definitely be the next big thing that makes the Wii U even more successful.