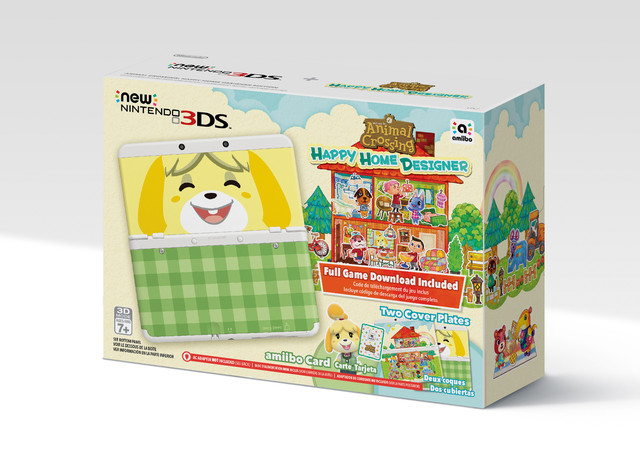 Taking advantage of the Gamestop manager’s conference in Las Vegas, Nintendo has revealed a brand new model of the 3DS that will come out in America come September 25th. This new model is the normal sized version of the New 3DS, and although it was available overseas already it was not released for purchase in American stores. Sharing a majority of the same features of the New 3DS XL that was released in February the smaller sized New 3DS also comes with faceplates that are sold that can be swapped on at any time, and has a much more convenient size than its bulky predecessor.

On September 25th, gamers can buy a bundle worth $ 220 that includes not only the system, but also the brand new Animal Crossing game Happy Home Designer, two faceplates for the system, and an Amiibo card. However, should people wait just one extra month they can buy a Gamestop exclusive Legend of Zelda model which like others before it is colored gold with the Hylian crest on the top. While it is odd to get this model second it at least seems like they are going to try and make it interesting to have, so for those who don’t have a New 3DS yet it seems like now is your best chance.