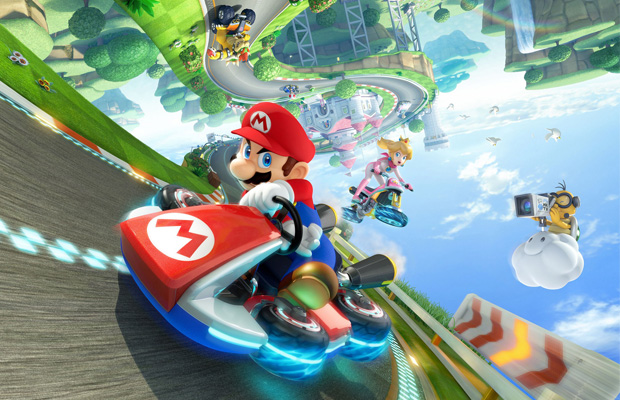 According to one WonderCon attendee, Nintendo will be releasing a playable demo of Mario Kart 8 before its official May release date. Reddit user nsanityx claims to have spoke with a company rep, who supposedly revealed the news, while stating the demo would host three playable tracks.

“Just wanted to let everyone know some news I heard over the weekend. I was at WonderCon in Anaheim this weekend and Nintendo was there again like last year. They had about 4-5 Mario Kart 8 demo’s set up with people using the Wii U gamepad or the Wiimote.

One of the ladies manning the Nintendo booth said there will be a Mario Kart 8 demo coming up on Wii U that has more than the three tracks they had on demo at WonderCon. So assuming a Nintendo employee knows what they’re talking about, there should be a new Mario Kart 8 demo available for download on the Wii U soon. She said that she did not know when this demo will be released.

She claimed that it would be downloadable on the Wii U. She said it will have more than the three that were on display. It sure doesn’t go with Nintendo’s track record, but that’s what she told me when me and my son were done playing the demo there.”

The Big N has yet to confirm any downloadable demo for the game, though if released, it would follow a Mario Golf World Tour 3DS demo that was released in Europe. This would certainly help increase the Wii U’s stock value if the company promised more playable demos of its upcoming titles and could be a fresh start to keeping the console alive throughout 2015.