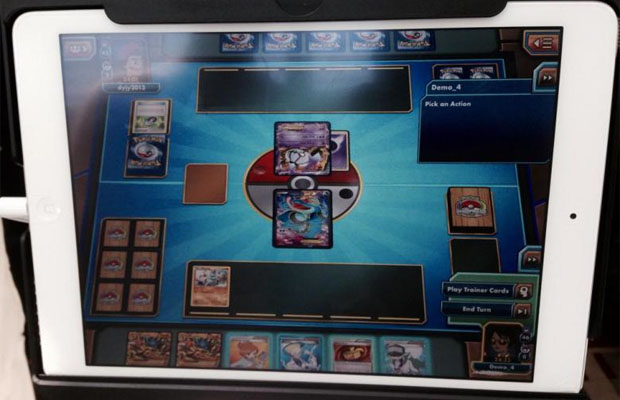 Nintendo has announced that they will be working on an iPad version of its popular and beloved RPG franchise. The Pokemon trading card game has made its way onto the Mac and PC over the weekend—a shocking move since we have yet to see Nintendo bring any of their fan-favorites onto a platform that isn’t under the Big N umbrella.

If you remember the company was refusing to put its software on any other competitive devices that weren’t operated by Nintendo, primarily mobile devices. Doesn’t take a genius to see that such a move could destroy the company’s profits when it comes to selling portable gaming handhelds.

The Pokemon Trading Card game will be available for the U.S. and Europe. No date has been released as of yet. If you haven’t downloaded the game for the Mac or PC yet, click this link to move forward.