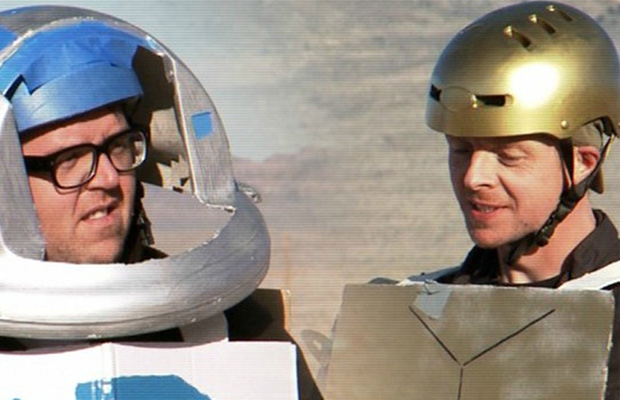 In case you haven’t already noticed, there are a ton of rumors surrounding the new Star Wars: Episode VII film. The most recent surfacing the Internet is a secret role featuring Shaun of the Dead and Star Trek’s Simon Pegg. Supposedly, Pegg has already completed his role on the Abu Dhabi set. It is likely that Pegg would have a role in the film because of his past and difficult relationship with the franchise.

Most recently, Pegg voiced the character Dengar in The Clone Wars animated series, though shortly after, he mentioned he didn’t want to be involved in the new series. But Pegg went on to share the following with The Independent:

“I don’t think it would be appropriate for me to be in it, to be honest. I think J.J. should cast new faces with no stunt casting. I wouldn’t want to be popped out of the film by a knowing cameo. I think it would be great to do it properly.”

In contrast, Pegg mentioned he would never go “Hollywood,” but appeared in the Mission Impossible series. Until the rumors are cleared, Pegg can be seen in a viral video he made with Nick Frost.