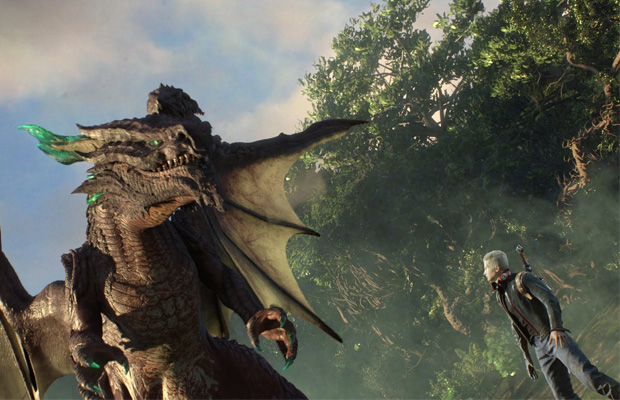 Platinum Games has gone the extra mile with their new game Scalebound in the way that instead of just focusing on the action and scenery like their last titles Bayonetta, and Vanquish they want to try to tell a more intricate story. The major theme Platinum is trying to sink into the story is that of alienation that both Drew the human character and Thuban his dragon both feel. With Thuban being the last remaining dragon in all of Draconis, and Drew is meant to represent people in their early twenties who is ‘Invincible but vulnerable’ and has become isolated from people to his past actions. The gameplay will also show the relationship between Drew and Thuban, as the player can only directly control Drew in battle, but as they work with Thuban and develop the relationship between the two they will develop skills to work together with an example being able to ride on Thuban’s back.

Director Hideki Kamiya even went so far as to describe how he wants players to feel about the characters “The most important thing that I want players to feel, is that even though your character Drew and Thuban is in your screen, and you can’t put your arm into your TV monitor and reach out and shake hands and give him a pat on the back, I want players to feel as if he is right there with you.” Between this more intricate story, amazing visuals and unique gameplay mechanics it seems like Scalebound may very well be another success for Platinum Games.