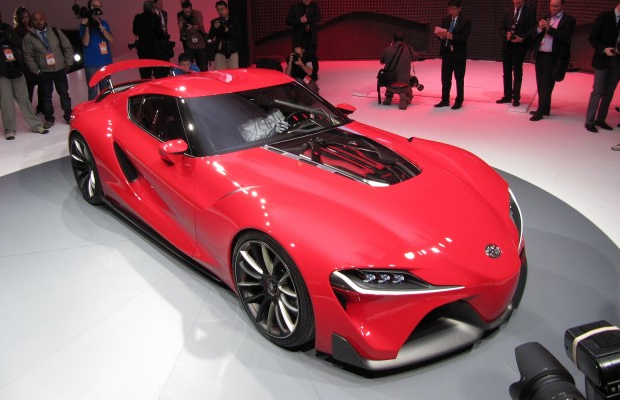 A follow-up to the FT-HS, the Toyota FT-1 concept has speeded into the Detroit Auto Show 2014 featuring a wraparound windshield, F1-like steering wheel, and 200GT-inspired side glass openings. The minimalistic cockpit has a delta-shaped display area and heads-up display. Toyota mentions the FT-1 “represents an ideally balanced front-engine, rear wheel-drive layout that is powered by a high-technology, high performance internal combustion engine.” The carmaker’s gone on to keep all performance specs and release date info under wraps, though if you’re dying for more, the concept will be playable in the form of DLC for Gran Turismo 6. It’ll have to suffice for now.

Toyota’s also launched a new video showcasing the supercar, which you can watch below.