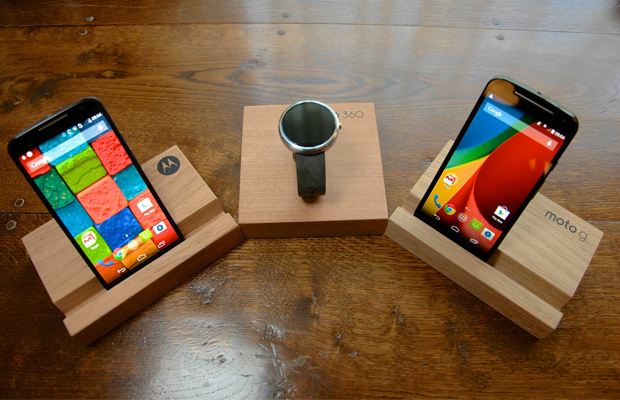 The Android smartphone and smartwatch market has seen an influx devices released over the past several months. And it’s only going to get more crowded with several of the industry’s biggest names—HTC, LG, Samsung, and Sony—lining up to launch new products this spring on both platforms. But lost in the conversation is one company that’s managed to gain the most momentum as of late: Motorola.

After achieving success with the Moto X (second generation) and Moto 360, the company promises more devices will be on the way later this year. Motorola CEO Rick Osterloh expanded on the brand’s strategy for the near future saying, “We’ll be launching more products in the later part of the year.” It’s unclear what those exact devices will be, though we’re all speculating new versions of its flagship entries.

In terms of focus, Osterloh added, “We’re definitely not interested in going in a million different directions.” He went on to mention that creating its own software would be a terrible idea, which indicates that all future releases will still feature its terrible MotoBlur-inspired interface. Much reliance on the Android skin is to be expected at this point.