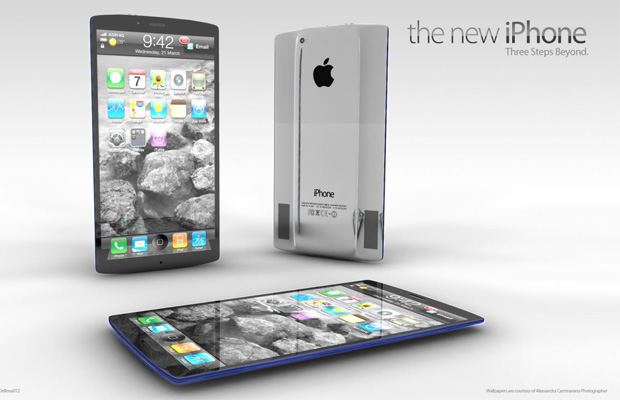 Words can’t describe how incredibly insane ADR Studio’s new iPhone rendering looks. So why even go there. Instead, we’ll breakdown the concept’s amazing spec sheet. The SIM-free, LTE-enabled Apple handset dons a far slimmer profile than the iPhone 4S that’s highlighted by a unibody aluminum design. It apparently features a new two-panel speaker system, which you can see in the rear between the protruded middle.

We’re apparently looking at a mock version of iOS 6.0 on a 4.2-inch display that offers a number of new UI upgrades: including an all-new LED Edge App to indicate battery life and energy-draining activities. The home button is now integrated into the bottom display and can be activated via motion sensor. Best of all, not only does it pack a rumored 8MP (or 12MP) camera, it freaking sports three Retina Display screen strips—one for the bottom App dock, a top one to show notifications, and a center screen for desktop activity.

NUTS! Check out some of the other renderings below. 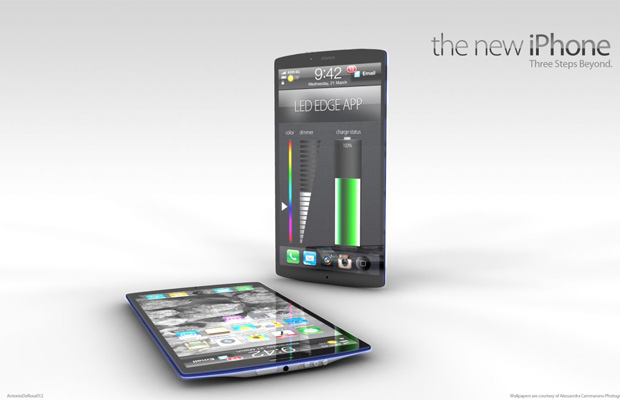 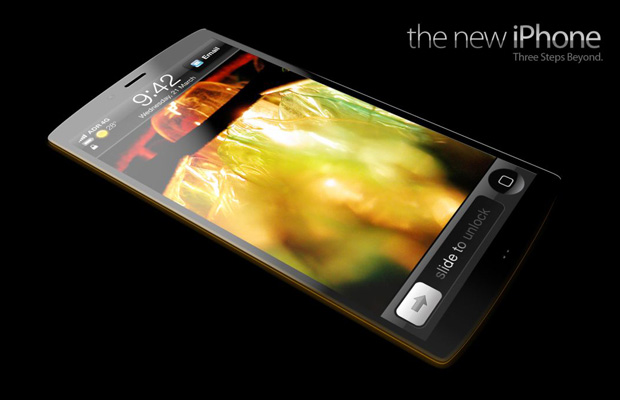