Miles Teller on His Path to ‘Fantastic Four’ Reboot 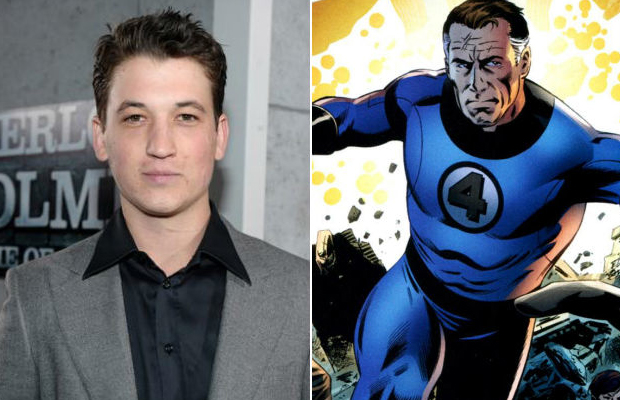 The wait continues for anything, a trailer, a teaser, behind the scenes footage, again, anything related to Josh Trank’s Fantastic Four reboot. Some details about the film were released to the general public here and there, but still it looks as if it’s still in the dark compared to other notable superhero ventures. What is known about the reboot is that Whiplash star Miles Teller will play the leader of team Reed Richards, a.k.a. Mr. Fantastic. In a recent interview, Teller opened up on what led him to his path into the Marvel Cinematic Universe, citing his admiration for his co-stars, Kate Mara, Michael B. Jordan and Jamie Bell, appreciation of the work Josh Trank did with Chronicle and, according to Teller, “it wasn’t Spider-Man.”

“If it was Spider-Man, that entire movie’s on my shoulders and that’s a more isolating experience. I don’t know if I would be into it, but the fact that it’s a movie that I knew we’d share… the superhero world, that’s a whole different animal. That’s a pretty serious commitment.”

It sounds as if Teller lacks confidence to carry a superhero movie by himself, to be frank. Teller is a good actor, who came off an incredible performance in Whiplash, so he could do a fine job as Mr. Fantastic. That is if anything materializes from the production of the reboot anytime soon. The movie is supposed to be released this August.