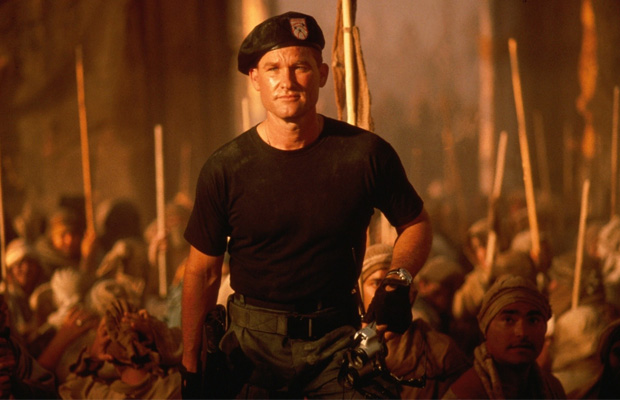 The cult-classic sci-fi film that spawned a handful of successful TV shows is now getting the reboot treatment, in trilogy form that is, with Stargate creators Ronald Emmerich and Dean Devlin teaming up with MGM and Warner Bros. Plans are to remake the 1994 movie about an ancient artifact in Egypt that turns out to have the ability to create a wormhole between worlds—expanding the story and universe into three films.

Despite the duo not being part of the three subsequent TV spin-offs, Emmerich and Devlin could snatch elements from them to enhance the modern-day vision of the film. Just keep in mind that nothing’s been confirmed. Kurt Russell and James Spader starred in the original film, which went on to gross over $200 million worldwide.

MGM chairman and CEO Gary Barber expressed his joy over the partnership via statement:

“We couldn’t be more excited to once again partner with Roland and Dead, the world-class creators of the original ‘Stargate,’ to bring their reinvigorated vision of this wildly popular property to audiences of multiple generations. ‘Stargate’ is one of the biggest titles in MGM’s vast library, and we look forward to adding this great franchise to our slate.”

No official release window has been announced, though we anticipate the film to hit theaters sometime Summer 2016.