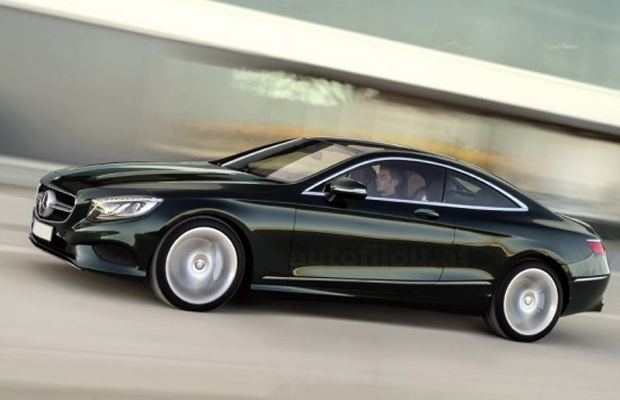 Some of you might remember the first image of the 2015 Mercedes-Benz S-Class Coupe hitting the web last week. According to certain auto sites, that wasn’t necessarily an “official” shoot, as the photo originally came from a slideshow presented during a recent Daimler conference. However, Autofilou confirms the leak was real, with the image showing a much better view of the Coupe.

From the look of it, the next-gen Mercedes-Benz definitely shares similarities to its Concept variant with a resembling front-end that’s flatter and less pointed. Headlights feature a more traditional design and light pattern, with the rear boasting thin, horizontal taillights visible. It’s also said to come equipped with the same twin-turbocharged 4.7-liter V8 engine producing 455 hp. Pretty much more of the same from what we’ve heard online. Though we do a more refined shot of the vehicle to stare at in the meantime.