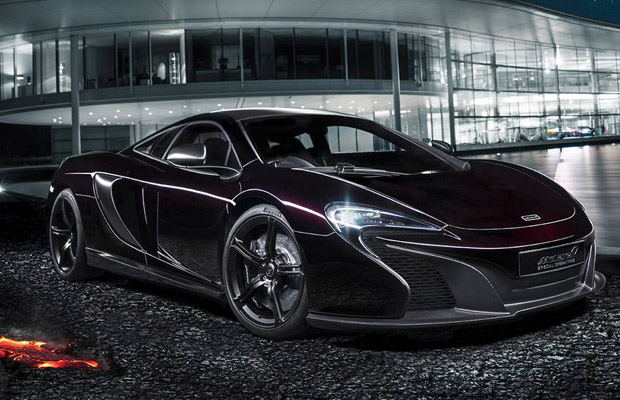 The company’s bespoke engineering department MSO just made the McLaren 650S Coupe MSO Concept officially official, unveiling details for the concept supercar, which is highlighted by enhanced aerodynamic performance and a more aggressive appearance. Some of the latest features include a carbon fiber rear diffuser and MSO-branded side blades, along with a “Agrigan” metallic black color scheme that’s accented by satin-finished carbon fiber focal points.

Some of other attributes of the concept are a carbon fiber air brake, satin black engine bay covers, special stain black alloy wheels matted with Pirelli P Zero Corsa tires. Inside, is carbon fiber racing seats based on the design found in the McLaren P1, plus carbon black leather trim and a lower seating position boasting improved upper and lower body support.

Black (and carbon fiber) is beautiful.