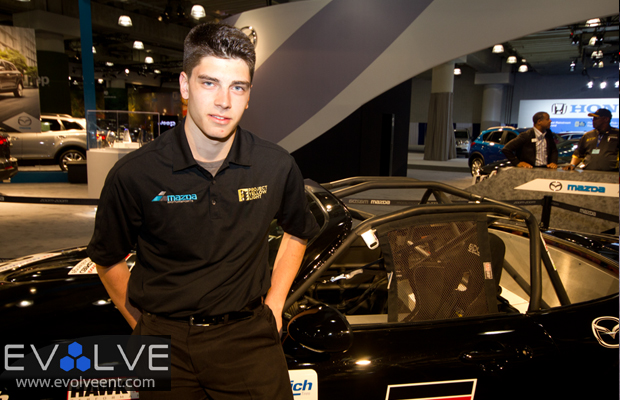 So what’s it like being a 17-year old teenager racing with one of the biggest automakers in the world? You would have to ask MAZDASPEED Motorsports driver Peter Portante. The racing phenom has collected over 9 championships throughout his career and has won his fair share of prizes including the $20,000 MAZDASPEED USF2000 Scholarship late last year. Mazda introduced us to their racing prodigy at the 2013 NY Auto Show, who took time out to chat with EvolveTV correspondent Ashle Danger (@AshleDanger) about a number of subjects. On the bill: his relationship with Mazda, the Skip Barber Racing School, Project Yellow Light, and aspirations moving up through the Indy 500. Take notes.