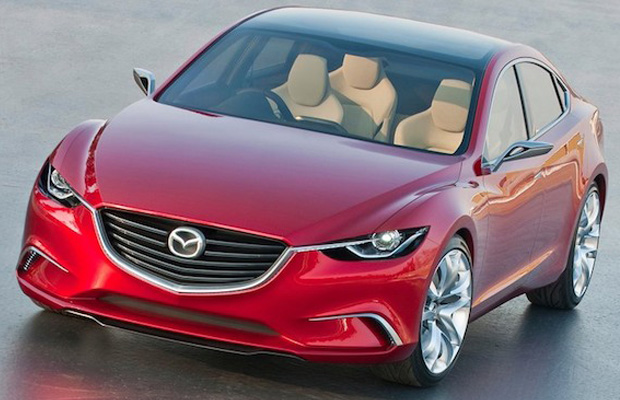 It’s sucks we won’t see an updated version of the Mazda6 vehicle at next week’s NY Auto Show. On the other hand, we’re pretty excited to check out the Mazda Takeri Concept, which could be billed as a new rendition of the Mazda 6, but who really knows. Either way, the Japanese automaker plans on wowing auto show attendees this year.

Mazda’s words via statement: “TAKERI is the third concept vehicle to feature the brand’s KODO (‘Sould of Motion’) design theme and the second to fully embrace SKYACTIV TECHNOLOGY…TAKERI is the first Mazda concept vehicle to feature a SKYACTIV-D 2.2-liter clean diesel engine as well as other fuel-saving technologies such as i-stop, a stop-start system, and i-ELOOP, a regenerative braking system.”

The NY Auto Show couldn’t come any sooner. We should have some exclusive shots of the Mazda Takeri Concept come April 6th.