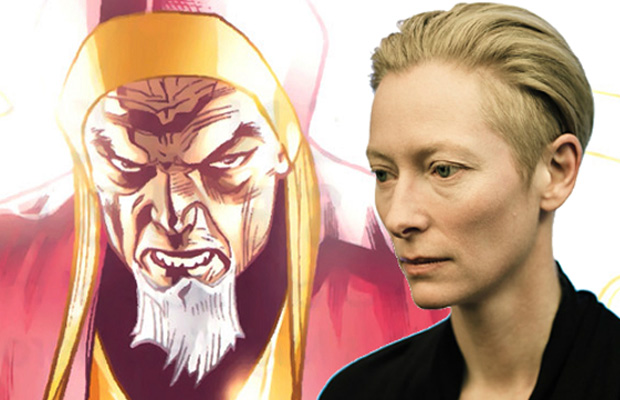 Actress Tilda Swinton is currently in negotiations to take on the role of The Ancient one in Marvel’s upcoming film Doctor Strange. Benedict Cumberbatch has already been confirmed for the role of Strange, a cocky surgeon who discovers magic while trying to heal his hands, and finds a mentor in The Ancient One. The role of The Ancient One is to, “train pupils to be the next sorcerer supreme,” and has traditionally been portrayed as an Asian male in the original comics. Many reports are now questioning the choice of a Caucasian female to take on this particular role, although it remains unofficial at the moment.

Apparently the choice of Swinton is one step towards the, “increasing trend towards diversification in comic book characters.” While many critics have praised the choice, some have questioned the concept of a white female portraying the Tibetan mystic on screen. Shooting is scheduled to begin in the UK this November under the direction of Scott Derickson and producer Kevin Feige before its release in November 2016.