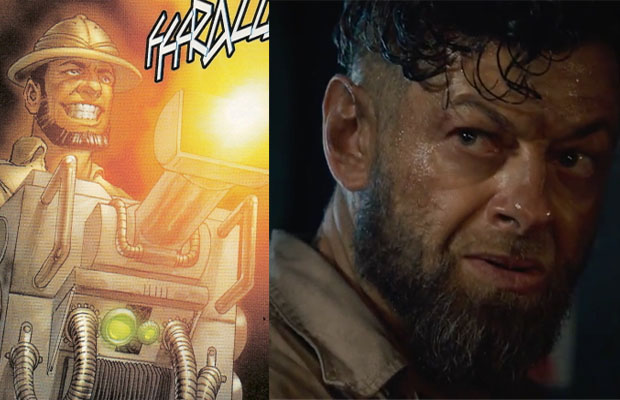 There has been much rumor to the role that Andy Serkis signed on for in The Avengers: Age of Ultron. People have been speculating for months and there have been many unconfirmed reports claiming his role as Ulysses Klaw in the upcoming Marvel sequel. However, the details have been kept under wraps and remained unconfirmed by Marvel up until this point.

Marvel has officially confirmed Serkis’s role as Klaw in the sequel, as revealed by captions on photo stills that Serkis is featured in, provided by Marvel for Stitch Kingdom. Klaw is the archenemy of the Black Panther in the world of The Avengers, and this role establishes the actor’s likely return to the role in the Black Panther movie staring Chadwich Boseman which is set for release on November 3, 2017.

Fans can look forward to seeing Serkis take on the role of the Dutch scientist in theaters on May 1st, 2015.