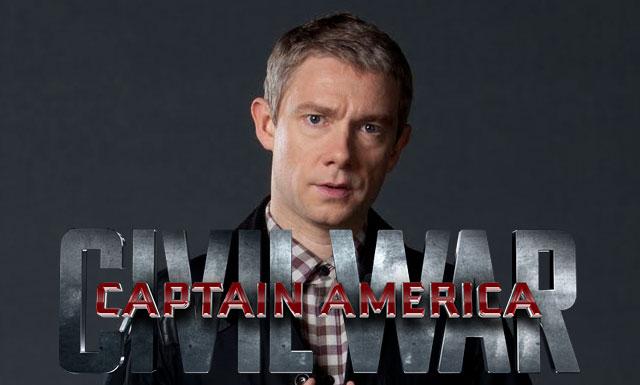 In a statement released today by Marvel, President Kevin Feige shared that actor Martin Freeman (Sherlock) has joined the cast of the upcoming film Captain America: Civil War in an unspecified role. Feige shared, “From his roles as Bilbo Baggins and Doctor Watson to Tim in The Office, Martin’s range from the dramatic to the comedic has consistently impressed us. We couldn’t be more honored or excited to have such a talented actor join the Marvel Cinematic Universe.”

At the moment, it is unknown whether Freeman’s new role will be a one-time appearance, or a character who will continue to appear in the Marvel universe in other films. Because the actor is so loved on the show Sherlock, the producers have already made a statement explaining that the filming for Civil War, “will not interfere with Freeman’s schedule on the hit series.” Filming is already underway for the Marvel film, which is currently set for release on May 6th, 2016.