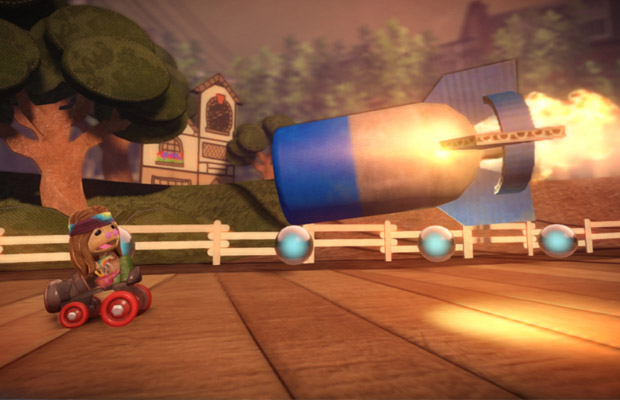 The moment Sony announced LittleBigPlanet Karting back in May, every hardcore gamer labeled it a Mario Kart rip-off. It’s obvious the game has taken inspiration from Nintendo’s acclaimed racer. However, considering the limitless customizations and replay value of the first two LBP games, it’s clear that Sackboy’s new game will ride in its own lane come Holiday 2012. Associate Producer Jason Coker gave us some hands-on time with the title and broke down some of the LBPK’s gameplay features: including multiplayer, whacky power-ups, and endless car/character upgrades. And what’s this about the possibility of LBP backward compatibility? See what the big man shares with EvolveTV.