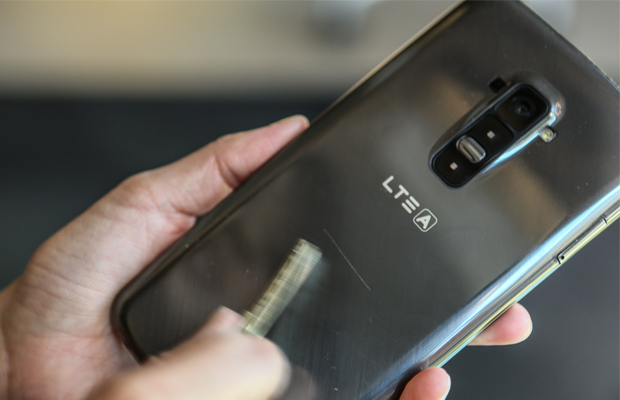 The bowed design is provocative to say the least and attributes to the G Flex’s amazing viewing angles, producing a wider sense of depth and reducing glare in bright-lit settings. It also enhances call quality by bringing the mic closer to the mouth for enhanced vocal output. But where the G Flex shows its true moxie is in its indestructible shell, which is fortified in resin coating and staves off scratches. It’ll withstand incisions from minor objects like your keys, but we wouldn’t advise pulling out Jason Voorhees machete to test its self-healing capabilities because such a sharp object will pierce through the protective layer. In addition, the phone is solid enough to withstand 80 pounds of pressure.

Granted its cool look, the G Flex suffers from minor design flaws. Phablets alone are considered to huge for the average mobile consumer. So just imagine what a curved one in the 6-inch range feels like in-hand. Then there’s the stagnant issue of the rear-button scheme that LG carried over from the G2 and refused to acknowledge as a failure the last time out. Powering the handset and controlling the volume rockers on the back of a phone is just an uncomfortable approach that we’ll never get accustomed to. 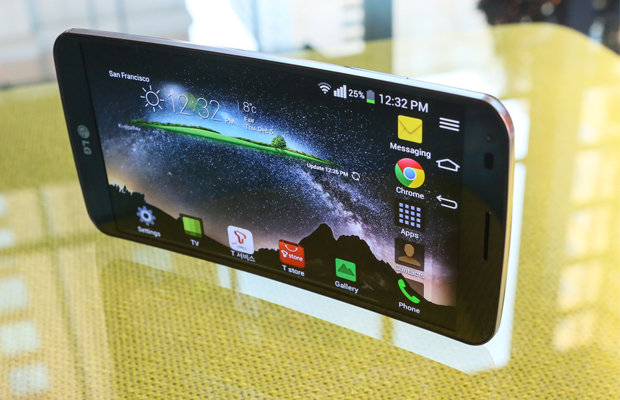 One would expect a device as flashy as the G Flex to boast a high-quality 1080p display. That’s so not the case here, as the manufacturer opted for a 720p panel to ensure the phone’s bendability. It’s a terrible move that compromises visual quality with the screen generating grainy output and low-light visuals at 245ppi, which is nearly half of what the HTC One (468ppi) and Nexus 4 (445ppi) produce. That alone doesn’t make the MSRP of three Benjamins justifiable–a figure LG might want to seriously consider knocking down another $100 for competitive purposes.