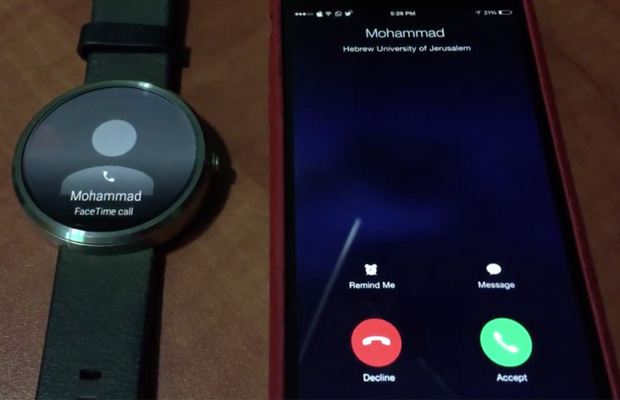 The video shows an incoming iPhone call being answered using an Android Wear device. Abu-Garbeyyeh clams he simulated the gesture to answer calls on the watch using software to avoid filling the video frame with his hand. However, the functionality seems just as seamless as it would on an Android device.

The beauty behind this hack is it doesn’t require a jailbroken device, plus the implementation works with native APIs featured in iOS. Watch the video below and witness the awesomeness.