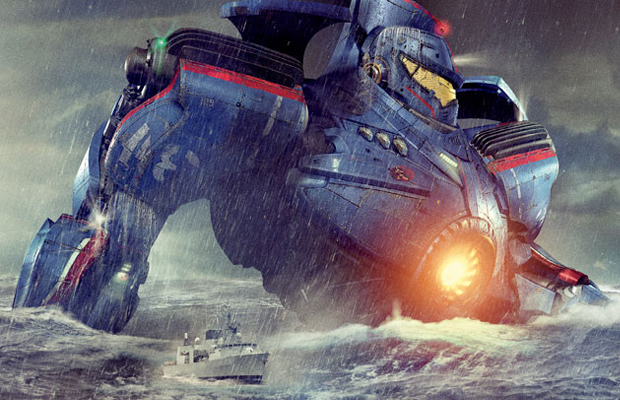 Guillermo del Toro and Legendary Pictures are no strangers to putting together incredible blockbuster films. And while the upcoming Pacific Rim has garnered a ton of publicity and press throughout the past month, analysts still have it bombing and falling to Adam Sandler’s Grown Ups 2. No, really, they predict the horrendous-looking comedy sequel will be the victor at the box office this weekend. Need we remind the viewing public why they should not succumb to Sandler’s film producing antics (The 12 Worst Happy Madison Films of All Time).

If convincing is still needed, here’s one last visual of the sci-fi monster film, which is just incredible cinema to take in…and it’s just a freaking preview. This is the one time where you should take Kanye’s Twitter advice and check out the film. Watch the Pacific Rim clip below.

Read the film’s synopsis below:

“Set in the future in which malevolent creatures threaten the earth, the planet must band together and use highly advanced technology to eradicate the growing menace. When legions of monstrous creatures, known as Kaiju, started rising from the sea, a ware began that would take millions of lives and consume humanity’s resources for yeas on end. To combat the giant Kaiju, a special type of weapon was devised: massive robots, called Jaegers, which are controlled simultaneously by two pilots whose minds are locked in a neural bridge. But even the Jaeers are proving nearly defenseless in the face of the relentless Kaiju. On the verge of defeat, the forces defending mankind have no choice but to turn to two unlikely heroes—a washed up former pilot (Charlie Hunnam) and a n untested trainee (Rinko Kikuchi)—who are teamed to drive a legendary but seemingly obsolete Jaeger from the past. Together, they stand as mankind’s last hope against the mounting apocalypse.”

Grab your IMAX tickets for Pacific Rim at Fandango, ASAP!