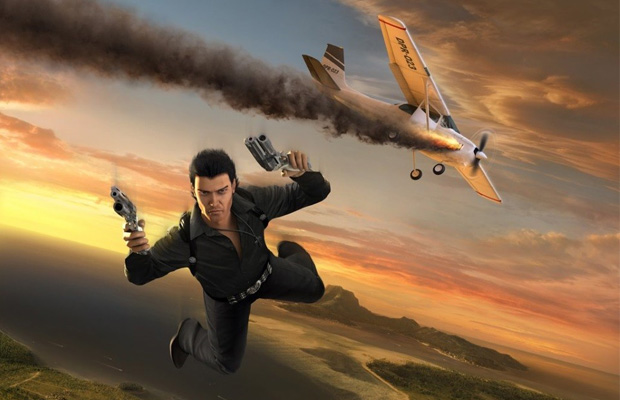 Square Enix has been on a roll recently and now they come out to reveal just exactly what is going to be provided with the collector’s edition of the game Just Cause 3. The main item in question for this collector’s edition is the 15 inch display model of the grappling hook used by the character Rico which was voted on by fans for the physical item.

The head of marketing at Square Enix Damian Garcia has come out to state “We wanted to give fans a Collector’s Edition that speaks to their breed of fun…Out of all the items we offered, the grappling hook was by far the most popular.” In addition to the game and grappling hook, the collector’s edition will also come with the Weaponized Vehicle’s pack for the game, a 24 inch by 24 inch poster featuring Medici, and finally a 32 page hard cover art book. This entire package is already available for pre-order costing $110 in America.

Just Cause 3 will be available for all systems and released on December 1st of this year. As stated previously it seems like this is the year Square Enix gets its act together and so far fans are loving every second of it, let’s just hope it lasts and brings this once great company back into the spotlight.