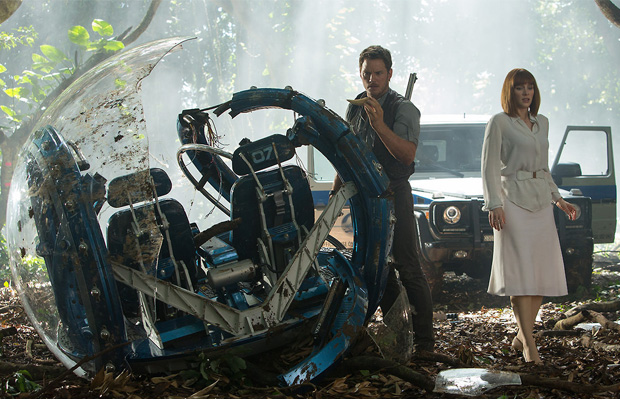 According to AV Club, looks like the upcoming installment to the Jurassic Park series will more than likely bypass the events of the previous two films. Jurassic World will be indeed be a direct sequel to the original film. Recently, Yahoo visited the set and went away with the epiphany that the new film will disregard The Lost World and Jurassic Park III.

Director Colin Trevorrow says, “Sequels aren’t being removed from the canon Star Wars-style, though, just that they’re being “placed to the side” and completely ignored.” Audiences can see television’s New Girl star Jake Johnson and what role he will be playing, along withother notable additions to the cast. AV Clubs also adds the “Film is reporting on an even more exciting addition to the cast. We won’t reveal who it is, but we’ll say that she yells really loud and is fond of posing behind falling banners.” We can anticipate what’s in store with the new dinos and cast.