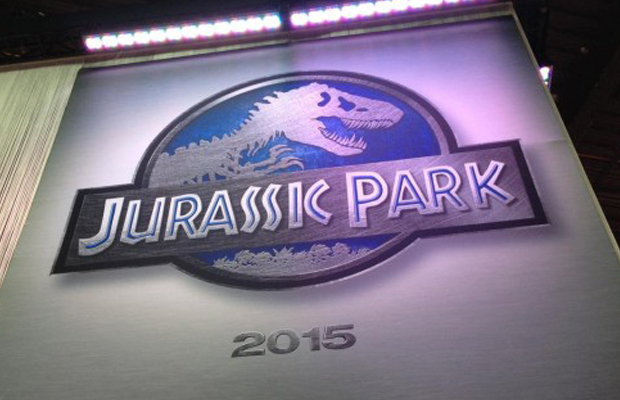 All the hearsay of a Jurassic Park sequel never being made might have been silenced…for the moment at least. Why is that? Peep the recent banner spotted by ComingSoon.Net during the Licensing Expo 2013 in Las Vegas, which implies Jurassic Park 4 (or a possible remake) will be in production sooner than we expect and see a 2015 release. Word out of the expo is that the film will also be shot in 3D, though Universal Studios has yet to confirm any of these reports. Jurassic Park 4 will be directed by Colin Trevorrow with the script being written by Rick Jaffa and Amanda Silver from Rise of the Planet of the Apes fame.