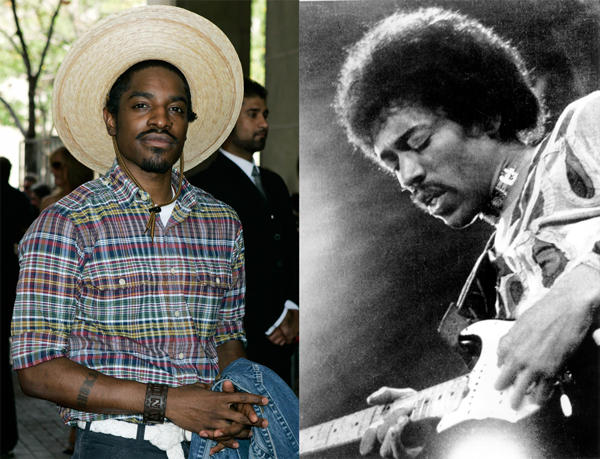 After several scripts were rejected from the infamous rocker’s estate, the long-awaited Jimi Hendrix biopic might finally be greelit. In a recent interview with Esquire magazine, actress Hayley Atwell, who stars in the upcoming Captain America: The First Avenger, revealed she’s looking at a role in the film, alongside projected leading man and Outkast rapper, Andre 3000. Two previous attempts at creating the film were denied. Hopefully the third time is a charm. On a side note, Outkast is set to drop a new album next year, with both Andre and Big Boi set to release solo albums by the end of 2011. Three stacks is keeping busy.