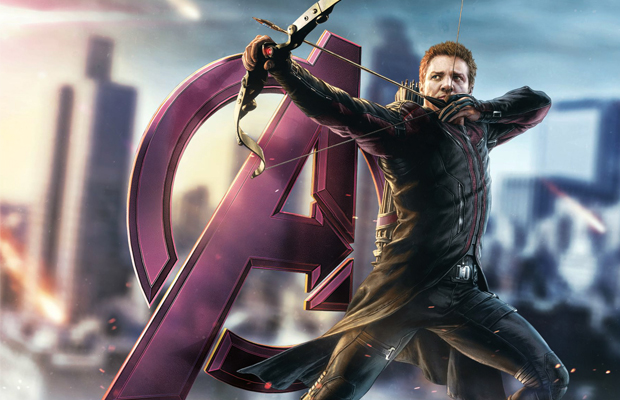 Although there were some “rumblings” about a possible role for actor Jeremy Renner in Marvel’s Captain America: Civil War, the news had yet to be confirmed-and now it has been through a recent report from The Hollywood Reporter. While sharing news of Renner’s newest casting in the sci-fi film Story of Your Life alongside Amy Adams (Denis Villeneuve), the site also confirmed the actor’s role of Hawkeye in Civil War.

They reported, “He [Renner] will shoot Captain American: Civil War this spring, then seque into Story of Your Life in mid-June, working Villeneuve, considered one of the hottest directors in town and who just booked the sequel to Blade Runner.” Shooting for the film is scheduled to start this coming April under directors Anthony and Joe Russo, and will be the first time (other than Thor) that Renner plays the character outside of an Avengers films.

The question now is, what exactly is Hawkeye’s role in the film? According to Joss Whedon, Hawkeye is supposed to “do more” in The Avengers: Age of Ultron, so it is likely that there will be more action for Hawkeye in Civil War as well. Renner’s Hawkeye will be joined by already-confirmed Robert Downey Jr. (Iron Man), Scarlett Johansson (Black Widow), Anthony Mackie (Falcon), Chris Evans (Captain America), and Chadwick Boseman (Black Panther); there has been some talk of the new Spider-Man being involved as well, but that has yet to be confirmed. Renner will be on screen as Hawkeye alongside Captain America come May 2016.